Paleoenvironments and human adaptations during the Last Glacial Maximum in the Iberian Peninsula: A review 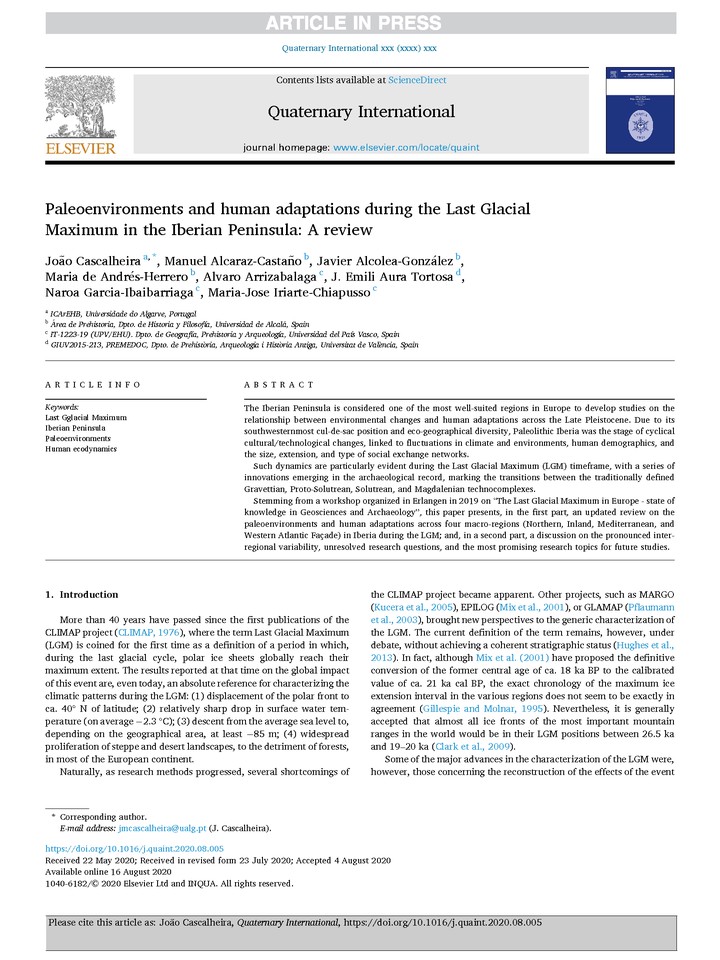 The Iberian Peninsula is considered one of the most well-suited regions in Europe to develop studies on the relationship between environmental changes and human adaptations across the Late Pleistocene. Due to its southwesternmost cul-de-sac position and eco-geographical diversity, Paleolithic Iberia was the stage of cyclical cultural/technological changes, linked to fluctuations in climate and environments, human demographics, and the size, extension, and type of social exchange networks. Such dynamics are particularly evident during the Last Glacial Maximum (LGM) timeframe, with a series of innovations emerging in the archaeological record, marking the transitions between the traditionally defined Gravettian, Proto-Solutrean, Solutrean, and Magdalenian technocomplexes. Stemming from a workshop organized in Erlangen in 2019 on “The Last Glacial Maximum in Europe - state of knowledge in Geosciences and Archaeology”, this paper presents, in the first part, an updated review on the paleoenvironments and human adaptations across four macro-regions (Northern, Inland, Mediterranean, and Western Atlantic Façade) in Iberia during the LGM; and, in a second part, a discussion on the pronounced inter-regional variability, unresolved research questions, and the most promising research topics for future studies.