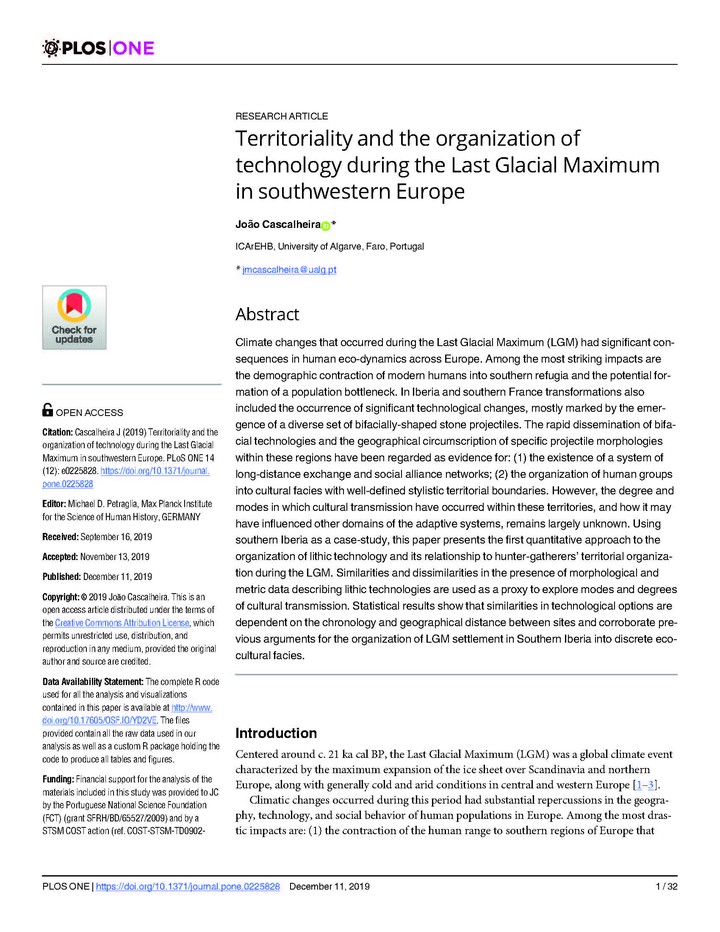 Climate changes that occurred during the Last Glacial Maximum (LGM) had significant consequences in human eco-dynamics across Europe. Among the most striking impacts are the demographic contraction of modern humans into southern refugia and the potential formation of a population bottleneck. In Iberia and southern France transformations also included the occurrence of significant technological changes, mostly marked by the emergence of a diverse set of bifacially-shaped stone projectiles. The rapid dissemination of bifacial technologies and the geographical circumscription of specific projectile morphologies within these regions have been regarded as evidence for: (1) the existence of a system of long-distance exchange and social alliance networks; (2) the organization of human groups into cultural facies with well-defined stylistic territorial boundaries. However, the degree and modes in which cultural transmission have occurred within these territories, and how it may have influenced other domains of the adaptive systems, remains largely unknown. Using southern Iberia as a case-study, this paper presents the first quantitative approach to the organization of lithic technology and its relationship to hunter-gatherers’ territorial organization during the LGM. Similarities and dissimilarities in the presence of morphological and metric data describing lithic technologies are used as a proxy to explore modes and degrees of cultural transmission. Statistical results show that similarities in technological options are dependent on the chronology and geographical distance between sites and corroborate previous arguments for the organization of LGM settlement in Southern Iberia into discrete eco-cultural facies.