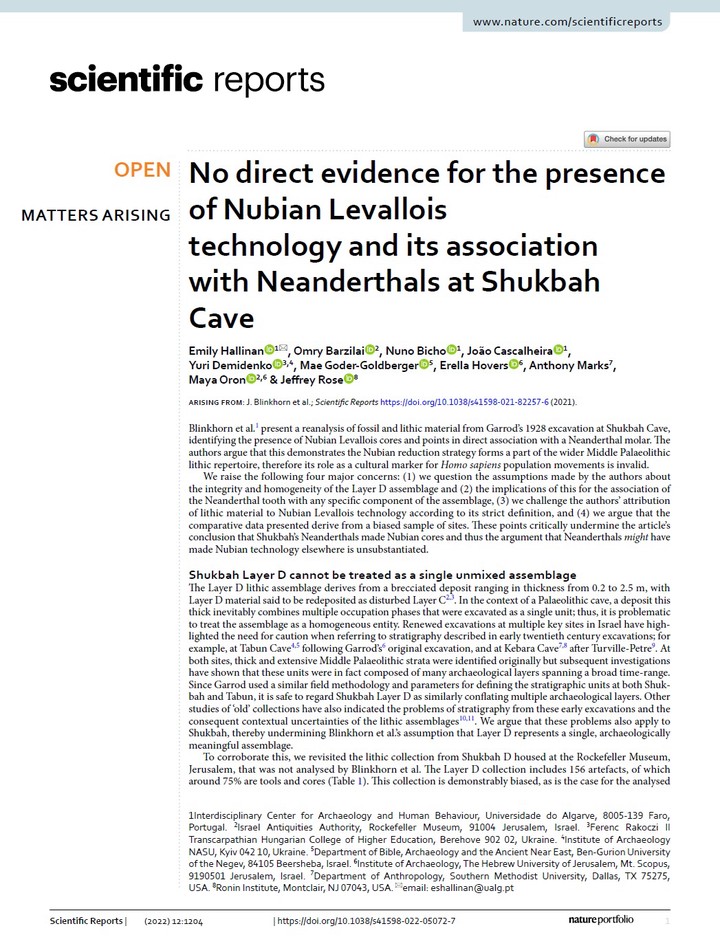 Blinkhorn et al.1 present a reanalysis of fossil and lithic material from Garrod’s 1928 excavation at Shukbah Cave, identifying the presence of Nubian Levallois cores and points in direct association with a Neanderthal molar. The authors argue that this demonstrates the Nubian reduction strategy forms a part of the wider Middle Palaeolithic lithic repertoire, therefore its role as a cultural marker for Homo sapiens population movements is invalid. We raise the following four major concerns: (1) we question the assumptions made by the authors about the integrity and homogeneity of the Layer D assemblage and (2) the implications of this for the association of the Neanderthal tooth with any specific component of the assemblage, (3) we challenge the authors’ attribution of lithic material to Nubian Levallois technology according to its strict definition, and (4) we argue that the comparative data presented derive from a biased sample of sites. These points critically undermine the article’s conclusion that Shukbah’s Neanderthals made Nubian cores and thus the argument that Neanderthals might have made Nubian technology elsewhere is unsubstantiated.