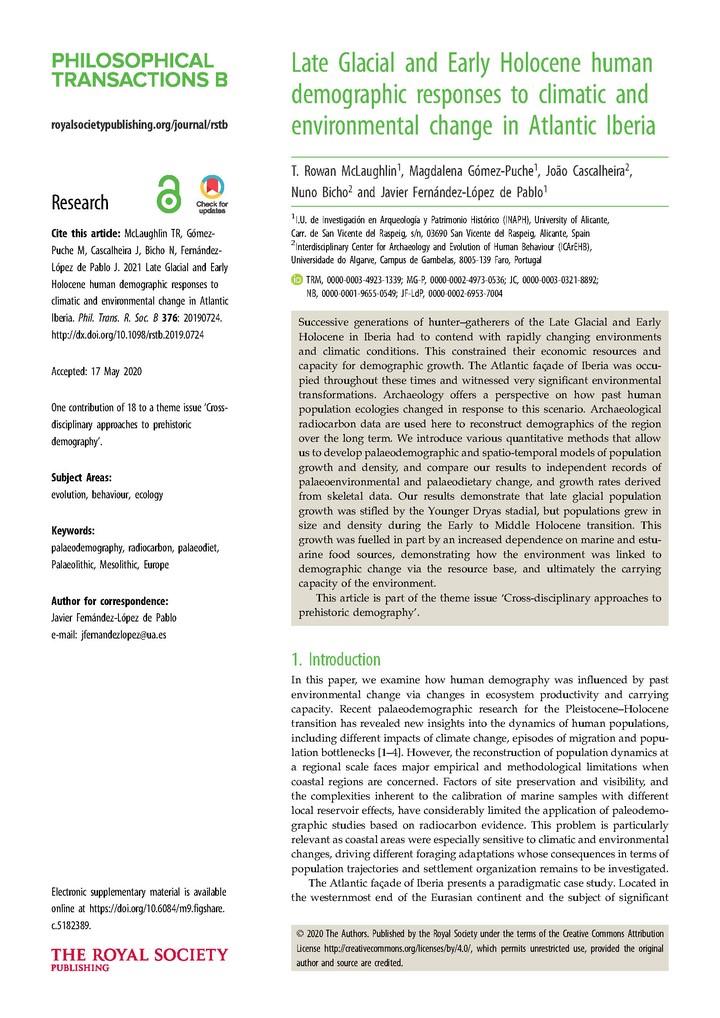 Successive generations of hunter–gatherers of the Late Glacial and Early Holocene in Iberia had to contend with rapidly changing environments and climatic conditions. This constrained their economic resources and capacity for demographic growth. The Atlantic façade of Iberia was occupied throughout these times and witnessed very significant environmental transformations. Archaeology offers a perspective on how past human population ecologies changed in response to this scenario. Archaeological radiocarbon data are used here to reconstruct demographics of the region over the long term. We introduce various quantitative methods that allow us to develop palaeodemographic and spatio-temporal models of population growth and density, and compare our results to independent records of palaeoenvironmental and palaeodietary change, and growth rates derived from skeletal data. Our results demonstrate that late glacial population growth was stifled by the Younger Dryas stadial, but populations grew in size and density during the Early to Middle Holocene transition. This growth was fuelled in part by an increased dependence on marine and estuarine food sources, demonstrating how the environment was linked to demographic change via the resource base, and ultimately the carrying capacity of the environment.